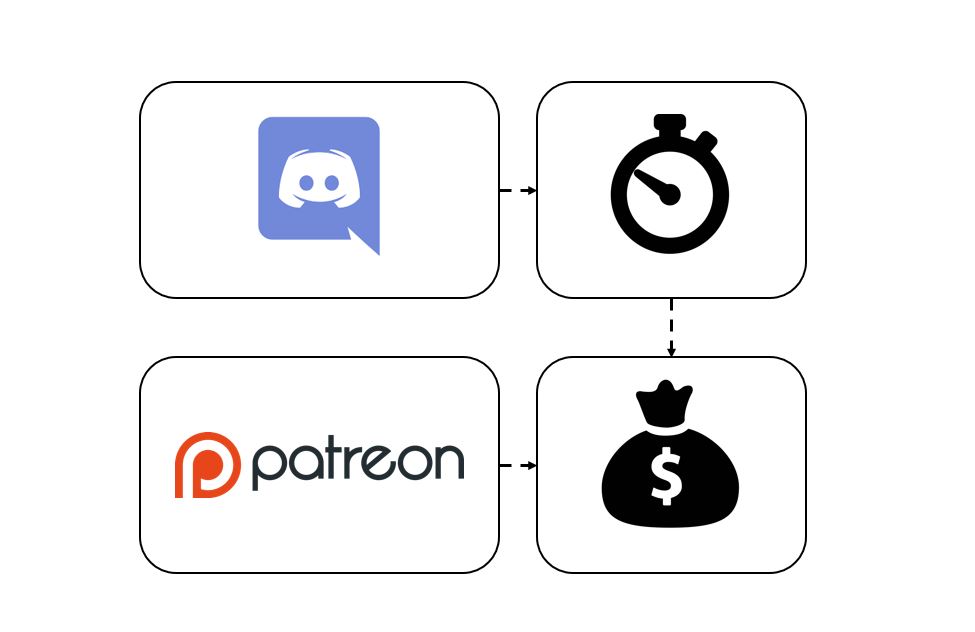 The whole levelsystem I have mentioned in my last post, is based on a discord plugin: Mee6 Level System.

The levels control the roles of the server. For example, a role can give access to a new channel by sharing more exclusive information or accepting new commands like !getkey, which will send you the Beta Key automatically. Thus it can be directly controlled by the level which users have which permissions and get which information. Brilliant!

My curiosity is raised. How long does it take to build my own comparable server?

How to start your own level server

Just import this MEE6 Discord Bot to your Discord Server.

If you don’t know how to create a server, check the discord manual.
I did set up a test Server for this case. You can find my Test Server here: https://discord.gg/JS3VJbY

After setting it up you have access to your Dashboard. Here the magic happens. Check the levels Button and you are ready to go. 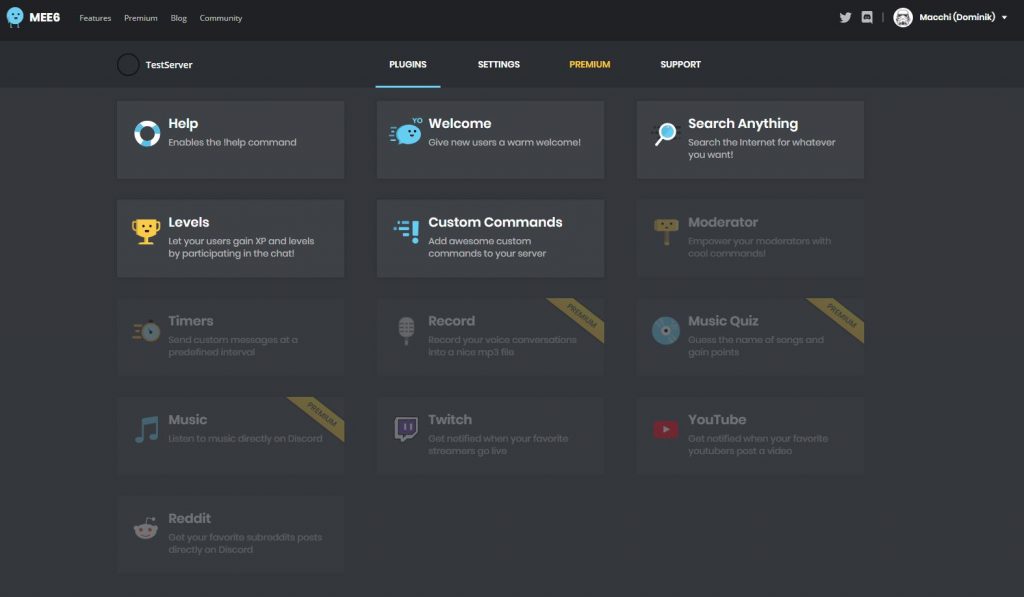 The basics are set, Users can Level now. One Message per Minute will be counted and EXP will be added. My “test” Messages you see below generate EXP, and via the “!rank” command I can see my current level. Two test Messages generate one time 17EXP and 21EXP.
The goal is to engage your users to talk about your product and use the techniques we learned from the “psychology of convincing” book. 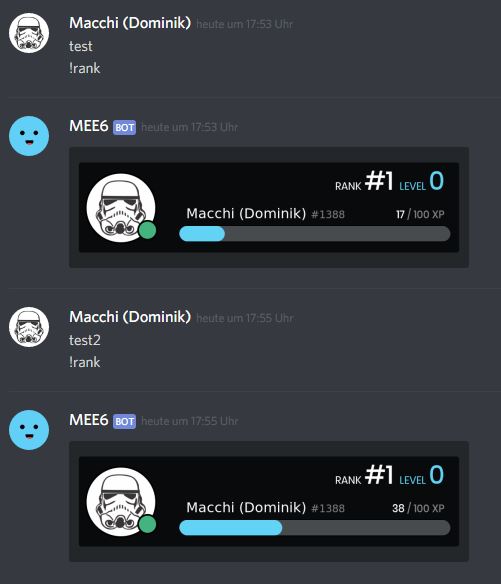 Level System is ready to go. But how do we control user behavior through the levels? The Answer: permissions in separate channels.

The various rewards can be controlled via individual roles. If a user reaches a specific level, he or she is automatically assigned a role. (see Discord Manual)

These roles give access to the different channels in which different commands are accepted.

In channel one, for example, you can only level. In my case channel, two will be unlocked after reaching the first level. Here could be new information for the users. From level two on, the user in my channel gets direct access to the giveaway and an automatic message referring him to the humble bundle webpage.

The FAQ section can be viewed directly by everyone. It should be readable by everyone right from the beginning. (Exampletext)

In the picture above, you can see that the rank command is hidden in some channels. This has the simple reason that the normal chat is not disturbed too much by the recurring bot level messages. In the picture below you can see, that the “!levels” command is open for everyone and not connected to any specific role. But also banned in the communication channels. 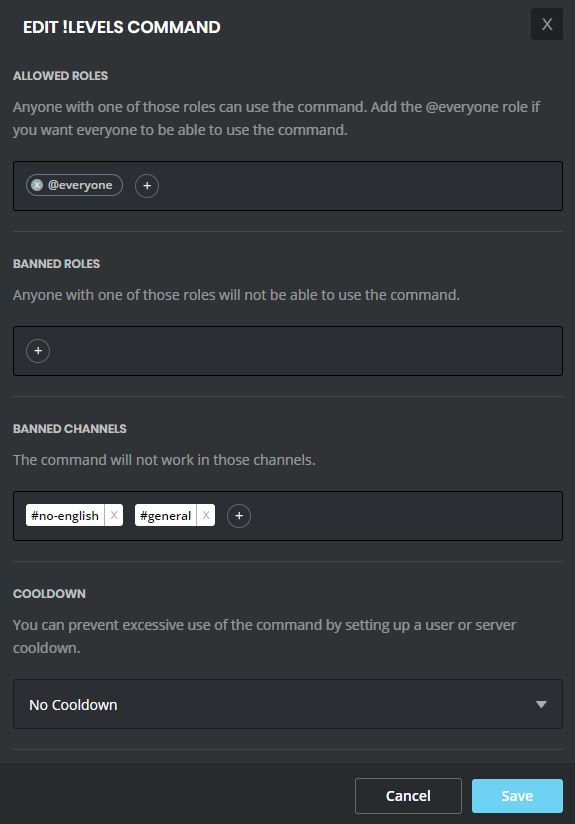 The server is ready to use

In this Server, there are two channels which are locked for beginner players. In the rules and FAQ channels is writing blocked for anyone except the admin. There is information written down for everyone. In the other channels are either writing or command spamming allowed. Only the chat channels give exp.

How this could be used as Marketing Strategy

Hopfrog is using this concept just great. They first advertised their game through  “Day of the Devs” on steam and through “Humble Monthly bundle”.

They don’t publish exact numbers, but they got loads of beta users and a whole bunch has donated the $20+ for steam key access on release. Although there are currently over 1200 patrons on their Patreon Account and thousands on their discord channel.

They mainly host it as a way to give back to those who want to be part of the community. The users get rewards at level milestones: Such as the comic at 20, a beta key at 30, coloring book at 40 and a loot pack at 50.
A more detailed questioning of the admins and we get some numbers: One person has reach 50, almost 50 are at Level 30. So…. 50 persons reached the beta key. That’s damn less for thousands of users in discord. Maybe many of them buy the key, instead of farming exp. And spamming the same things will be banished directly by the Bot with the following message:
11 Messages –

Many users will try to get the free key, but few will make it. But nevertheless: a server is quick in its realization and users have the chance to get more information about your product.
Here you can find other resources which can be helpful:
Calculator
Mee6 Discord Bot Setup Guide/Review!

Even if you fall on your face, you're still moving forward.