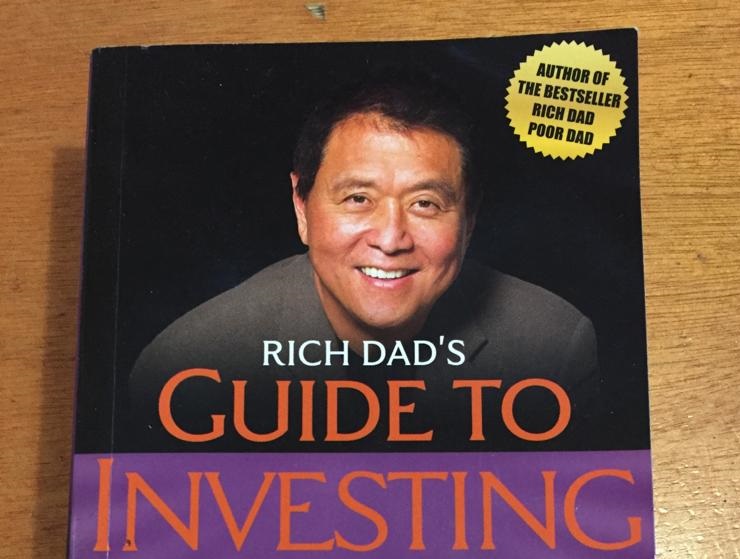 This book is about the thinking process that many successful people realized. They take something universal and transform it into an asset through a thought process. Trash into cash, if you will. As an example, as a child, Kiyosaki took his comic book collection and opened a small library with it. The comics themselves were liabilities, but with the idea of building a small library for the children of the neighborhood, he transformed them into a retable idea.

The 90/10 rule deals with the fact that Kiyosaki believes 10% of investors holds 90% of the money. In addition, no money is needed to create assets. Many people who deal with assets create a plan, and only realize that this plan was not the best or even average. Most of them invest for their pensions in order to realize at retirement age that their assets are not high enough.

The 90/10 rule deals with a central question:
“How do you fill your Asset Colum, without buying any Assets.”

It deals with the method of being able to call assets one’s own without spending (much) money on them. Another example: His father owned one of the most expensive properties in Hawaii. However, he hadn’t bought it from his private money. That would have been far too expensive. His company had bought the property and rented it out as a holiday home. He can use it as often and as long as he wants.

Putting part of your salary aside and investing with it is an average idea, or is it a 90/10 idea? Certainly the first one. He talks about buying assets not with money but with ideas. You should be creative. Buying it with money as anyone can is not what he’s aiming for. The mindset has to change, new possibilities have to be found. Creating Assets instead of buying them.
His father taught this with a drastic measure: as a child, he took away his 10ct earnings from him, didn’t even pay him for his work. His father was keen on little Kiyosaki’s creativity. He should learn earning money without being tied to his job.

Bill Gaze didn’t become a billionaire because he had a job and put money aside. He created an asset which was different than anything before. And it still generates money today. Kiyosaki also emphasizes that it is not only possible as an entrepreneur to create an asset. Artists do it with their priceless paintings, inventors with something that has great value, and authors with books that make money years after publishing. Starting a business is only one way, the entrepreneur does it, but there are countless.

It’s a way of thinking.

Like his comic book idea. The comic books itself were a part of the Asset, but not the asset alone. The invisible idea was the whole asset. The power his dad has was his thinking process. He is taking trash into cash. Most people convert cash into trash. Many people have ideas, but they are not able to turn them into assets.

The “job” is an industrial age idea

Humans had always jobs, hadn’t they? No, at least we know them today:

Stone Age: We used to live together in Tribes. Everybody had his task, and everybody helped everybody. One for all, all for one.
Agrarian age: Era of kings and queens. The farmers worked on the lands that belonged to the king.
Industrial Age: Slavery was banished and Workers sold their time on the open market. Most of them became employees or self self-employed doing their best to sell their labor to the highest bidder. That is the modern concept of today’s job.
Information Age work idea: people who do not work, because their ideas are at work. Many drop out of school, and become a billionaire, because of their own idea and without ever having a formal job. So people in the information age do get rich with information. (Not just in this age, it was throu all the other ages) It’s more about the way you think, rather than your education.

Kiyosaki surely buys assets with money. He does it with the money his assets creates. He doesn’t like working for money. Working means money time bounded to his working time. He rather buys assets to buy other assets and liabilities. It’s better to work for years creating an asset than to work your entire life to create someone else’s asset…

He who has a why to live for, can bear almost any how.