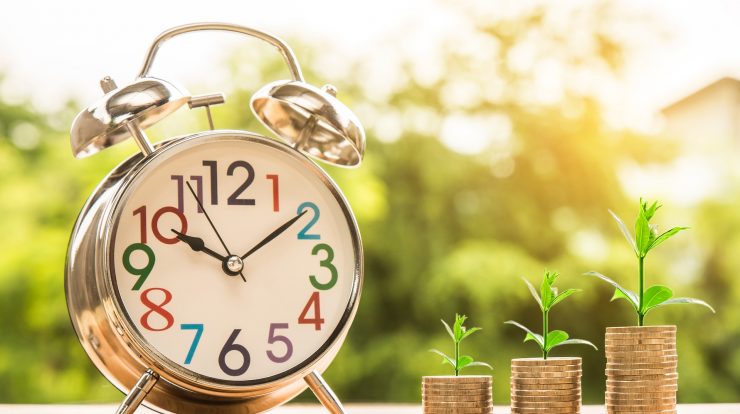 This blog post is about the environment which is shaping us, the damn time eaters and investing as a key to financal freedom.
Thanks for your time!

Disclaimer: I made this text for my first whiteboard animation video in german. If you are familiar with this language, I would reccomend to watch this video.
For all the others, welcome to my first blog post about personal groth and finance.

Our environment is shaping us

Many researchers prove that we become the average of the five people with whom we spend most of our time. Sounds strange? Then let me illustrate it to you.
In the beginning there are almost only parents, siblings and grandparents in our lives. It is therefore not too surprising that we copy and adopt their behaviour and habits. It’s all we know.
As we get older, our friends form us. In and after school we spend most of our time with our friends. If our friends sit and playing a lot on the PC, we’ll probably do the same.

Now it’s about learning from the rich and using their tips and tricks for you. Unfortunately, most of us have no millionaires as parents or in our circle of friends. And that’s where the books come in. Think about it, a successful person writes his whole life in a book, and you can read it in 10 hours. It is no coincidence that greats like Bill Gaze regularly read books in order to further their education in all possible subject areas.

Use your time wisely

Say you want to learn how to invest, get really good at it. But sentences like “I have no time for it” or “Where am I only supposed to take the time for it” stop you. With time management, much more can be achieved during the day. When we plan our time and make it effective, we not only create more, but are also happier with ourselves.

The first step is to eliminate time wasters. Things like Facebook, Yodel or Twitter can take up an incredible amount of time without us really achieving anything. 9gag, for example, was one of my biggest time-eaters. Therefore here to step two: find a big time-eater and exchange it by e.g. listening to a non-fiction book. Make it a daily routine by listening to it at the same time. For example, before going to bed. You will be amazed at how much time you suddenly spent on further education at the end of a week.

Investing is key to financal freedom

Learning to invest before investing. “But studying is stupid, school is stupid” Well, you’re watching this video, aren’t you? You study voluntarily because you chose to do it yourself.

We all know the Bitcoin phenomenon, many don’t know what it’s really about, and yet it was bought like wild at the end of 2017. Many of my friends sensed the quick money and wanted their share of the cake. So you bought, speculating that it would rise and promptly lose money when the price fell by 5%. Lost because they sold it at a loss instead of keeping it and waiting for the price to rise again and then sell it at a profit. They were afraid of losing everything, and that’s the mistake. You were speculating.
It doesn’t take higher mathematics to learn to invest, just the experiences and tips we get from others who already know how it works and have successfully implemented it.

Lose in order to win

As I said before, my friends were afraid of losing everything. They played with money they couldn’t or wouldn’t lose. Basically, investing is like training, you learn while you gain experience. Without losses no experience and without experience no long-term profits. Start small, maybe at 50€ to gain experience as early as possible, and know what it’s like to lose money.

In the book “Rich dad poor dad” there is a story of Paul, whose son would like to have a car. He wanted to give it to his son for his birthday and had saved 3000€. But instead of buying the car directly, he did something much smarter. He gave his son the €3,000, on condition that he invested it in investments such as shares. When they reach the value of 5000€, he should take the money and buy a car of his choice.

At the beginning the price fell by 1000€. But instead of giving up, the son began to deal with the matter and leave books. Quickly he was above the initial value, and when the 5000€ were reached, he kept it and did not buy a car for the time being. He invested further and became better and better ?
The son had understood one thing:

The difference between assets and liabilities.

Liabilities are things that are bought and fall in value. They constantly cost money, so they lose value over time. Examples are cars, TVs or a Playstation. A new car loses 20% of its value the first time you drive it off the road.
Assets are things that increase in value over time, such as gold or shares. They are subject to an increase in value and/or bring in current income. Ideally, more money is in your pocket at the end of the day instead of less. Of course, stocks fluctuate in value, so the investment horizon, i.e. the period until they are sold again, should be as large as possible.
The book „rich dad poor dad“ says, that every Euro is a worker who works 24 hours 7 days a week to become even more money, who then works for you again. The art is to divide your money so that it growth and thrives as a whole.

But the biggest asset is you. Educate yourself, because you are the only person who can help you in the long term!

If you’ve read this far, congratulations. You are on a good way to use your time more efficiently and are willing to change something. Let’s go this way together.

A ship is always safe at shore, but that is not what it was build for.