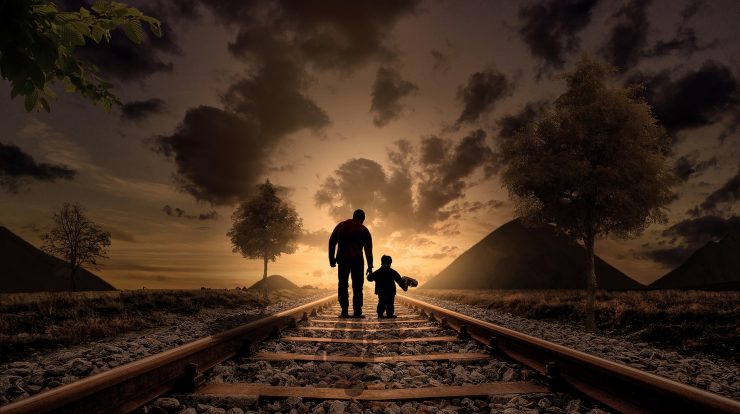 Back in 2010, I was 15 and on the way to get my A-Level in three years. Back in that time I was playing many games and wasting my time on it. I knew it was a kind of waste, but there was no other option to get so much fun. These games gave me a goal to reach in my spare time beside my sports. In one game, a farming browser game, I had to place crops, wait till they grew, harvested them and repeated this process. Soon I started to have more than one account, to play while the other account had to wait. I didn’t know something about programming, but my dad did. I asked him to write a program for me, which can do the login and farming thing for me, that I can do the other things in the game, which are way more fun. He replied he will help me doing it, but I had to do it by myself. He will help me with any questions I got and show me the basics of programming, but I had to do it on my own. My vision was created. I want to learn to programme to be the best player on the server. Sure it was cheating, but who cares.

I started to invest my time in programming and growing my farm accounts. Soon I had five Accounts who worked fully automatically for me and my main in-game account. My “in-game business” grew and had nothing to do with the original sense of the game. You could say my first five employees worked for the chef of this little business. I spent afternoon and afternoon to improve my in-game money printer. Finally, some of my friends saw that I was rich on the server he was playing on. He offered me five euro for some in-game money, I made a mass of doing nothing. Of course, I replied yes! Free Pizza this afternoon!

Real money for giving you something I generate with my program? That’s a nice idea. I started programming harder and producing more online currency to sell. Soon my shitty laptop was too bad to run my programm a multiple time, so I decided to buy an extra one, just for running the program. Back in time, there was no cloud computing 😉
I bought them with money I got from selling my in-game money, so no loss, just invest to increase my sales. First experience where money is making more money. In that step I had 100 Accounts running, and my main Account was one of the best 50 players in the server. Can you imagine what’s going on in my mind?

Time to expand my mini business

An idea grows in my mind. When classmates will give me money, then there must be others who will. A nice website named eBay will help me. I set my first auction, with the note, that they won’t pay for the in-game money, but for an access data to an account with a decent amount of in-game money. Of course, they will transfer it to their main account, but the rules of the game prohibited selling in-game currency, but not selling Accounts. The first auction sold five times higher than my classmates gave me for the same amount. Simply supply and demand I guess. There was no one like me on eBay. I now had the opportunity to use my time for a dream I made myself and had a real impact on the monthly money I had per month. Great!

My 100 accounts where central in one server, which means they can’t trade with players of other servers. Since my customers were not only on the server I played on, I had to become “international” — active on all servers. 100 Accounts on each Server? No problem. It needs just more technical upgrades. Some servers were older and with it inflation more advanced. The in-game money was, therefore, less worth. That means more effort for me for the same amount of Euros. Finally, my little business produced more in-game money, than needed. The peak is reached. From then on, I made money passively. Over time, however, the game lost to players until sales barely dropped to more than a few euros a week. I never found a simiar game, but the experience I will never forget.

I was just a kid without any programming knowledge. But I thought I can do it, so I did it. Think who you like to be and write down the steps which are needed. Then simply start with it. Little baby steps. One after the other.

If you wake up without goals go back to sleep.