We all find challenges in our life, but take less of them, because of fear. My friend Marcel convinced me to begin jogging. I hated it in school. I did martial arts for over 10 years, so I’m not that bad in sports. But jogging was just too exhausting, too slow. Riding a bike is better because it’s faster. More efficient.
As we learn in software development, it is good to divide your goals into small parts in order to experience and liven up small successes on the way to the goal. Now my goal was the “Tough Mudder”, an obstacle course here in Germany. In order to survive this, I had to be able to jog the whole distance at home. The obstacles will cost enough power. (Key lessons at the end of this post)

Since I couldn’t imagine running the whole track, I signed up with Marcel for half the mudder. A 7,5 kilometer (km) long track. The goal was set. What’s gonna happen except I do not make it? (Later on, we did the full 16 km, because of challenge 😀 )

“To become really good at what you do, you have to be comfortable failing at it.”

My goal was creating a jogging routine within two months. Marcel himself started jogging with the C25K Run plan. It’s a plan were you walk till you reach the 5 kilometers or 3,1 miles in about 30 minutes. He did it months ago, then why shouldn’t I make it? I used the same app as he did. (see picture)

The Mudder Tickets were bought, there was no way back. We scheduled three meetings each week at the same time after work for the next two month and started right away.

In these usually 30 minutes you can exchange super about the current projects and ideas. Without a partner, both of us would hardly have been able to get up and running on such a regular basis.

The jump in week four was hard. You see the plan expands the jogging units piece by piece while adapting the running units. You jog longer, you walk the same you lazy ass. We want to make progress!
Session after session we became more and more familiar. After work, we waited in jogging shoes for each other to finally run this half hour. I have to say I rediscovered the beauty of nature for myself. Our routes run mainly through woods and meadows. Exhausted but full of energy arriving at home.

Some days my family sat in the living room, I went running, came back and everyone sat in the same place and talked. What I’m trying to say: They could have talked while jogging. They could have combined both and felt even better after jogging.

The last week was funny. We have tested a 5-kilometer track which is often used for small marathons here in the area. The route runs through a forest with altitude meters and a beautiful environment. At some point, the app must have reported that we had already run the desired route, but we were too far off course. 3 kilometers too far. We then decided to walk the now 8 kilometers, or at least as far as we can jog without walking. Finally, we reached the goal. Exhausted but happy.

The table you see below is purely for the sake of completeness. We have run a lot more this week, simply because of this mistake.

Tough Mudder challenge – Fun doing things you did as a kid

Obstacle course passed (see video below for proof). It’s amazing what the body can do in two months with a little regular training. I hated jogging, now it’s an integral part of my week 🙂

Everything hurts. My arms, my legs, anything. It’s a sign we made progress. We did the Tough Mudder on Saturday, now it’s Monday. The routine goes on. Monday, Wednesday, Friday. Marcel and I complaining about our pain. Some would say “Mimimi”.
The first kilometer behind us, we know again why we do it. The landscape is beautiful and today’s 6 km are over very fast. I have added a picture for all of you who read this to start as a motivation yourself. 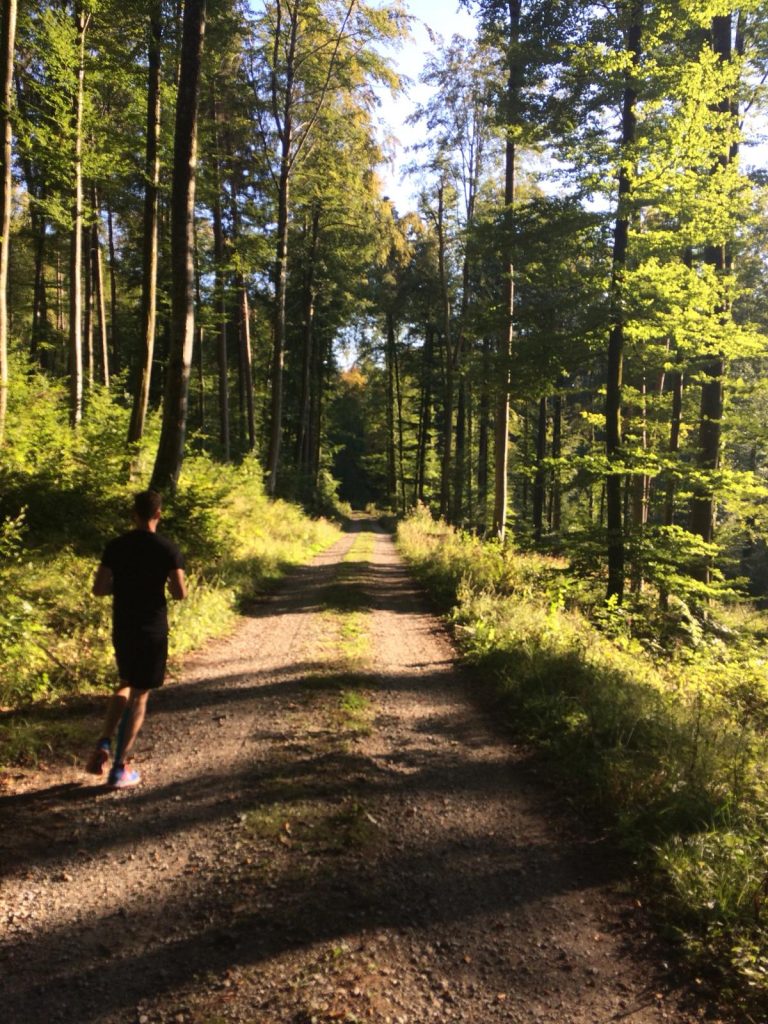